John Schembra is the president of the PSWA. He is the award-winning author of five novels and several police procedure articles, and is currently working on his sixth book. He holds a Bachelors Degree in Criminal Justice and a Masters Degree in Public Administration. John was a police officer for the Pleasant Hill PD, retiring as a Sergeant after 30 years. During his service, he worked as patrol, patrol supervisor, SWAT Team member, Investigator, and Training Manager. He was also the Lead EVOC (Emergency Vehicle Operations Course) instructor for the Contra Costa County Sheriff’s Department for 27 years.

His first book, M.P., A Novel of Vietnam, chronicles the tour of duty of a young Military Policeman in Vietnam and was based in part on his personal experiences during his time as an MP there. The Vince Torelli series is about a homicide inspector with the San Francisco PD, and his book, Sin Eater, is a murder thriller with supernatural overtones.

John is a member of several writers’ groups, though his favorite group by far is the PSWA. 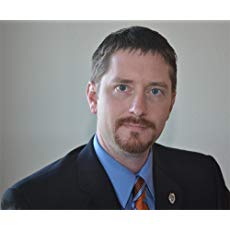 RJ Beam is the Vice President of the PSWA.  RJ is the pen name used by Joe LeFevre a full-time instructor at the Public Safety Training Center in Appleton, WI. His instructional focus is on investigations, forensic skills, and officer fitness/wellness. Prior to teaching Joe was a police officer, and had spent a few years involved with a volunteer fire department.

Joe has written for PoliceOne.com, Law Officer Magazine, Evidence Technology Magazine, and a few textbooks. His peer-reviewed research has been published in the Society of Automotive Engineers Journal.

Lately, he has been focusing on writing fiction under the pen name RJ Beam he has a slowly growing series of mystery novels. 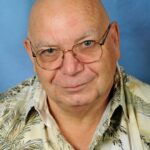 Keith Bettinger is the secretary of the PSWA.

Keith is a retired Suffolk County (N.Y.) Police Officer He served from 1972 to 1994.  He’s been writing for law enforcement publications for more than 35 years and has received 32 awards for his articles, stories, poems, and books. He has a Master’s Degree in Human Relations with a major in Clinical Counseling. During his career he received the department’s Bravery Medal, Silver Shield Award, Meritorious Police Service Award, Special Service Award, Police Act Award, Professionalization Award, Department Recognition Award, five Headquarters commendations and six Precinct commendations. He also was a field training officer and an instructor on Post Shooting Trauma and Critical Incidents. He also founded the departments peer support program for officers involved in shootings.

Keith has written three books, FIGHTING CRIME WITH “SOME “DAY AND LENNY, END OF WATCH and MURDER IN McHENRY.

Kelli Peacock is the Newsletter chair of the PSWA

Kelli (K. L.) Peacock lives in Tucson, Arizona. She is an avid photographer, traveler, and rose gardener. Born and raised in Central New York State – near the Finger Lakes, she moved to Tucson over twenty-five years ago. Kelli graduated from Long Island University with a B.A. in History and Political Science, and a M.A. in Accounting from DeVry University. Her first series, The Crossings, includes: Don’t Shoot The Messenger; Oh Henry, How Could You? and No Man’s Land.

Michael Black is the conference chair of the PSWA.

He is the author of 36 books and over 100 short stories and articles. He has a BA in English from Northern Illinois University and a MFA in fiction writing from Columbia CollegeChicago. A retired police officer in the south suburbs of Chicago, he worked for over thirty years in various capacities including patrol supervisor, SWAT team leader, investigations and tactical
operations. In 2010 he was awarded the Cook County Medal of Merit by Cook County SheriffTom Dart. His Ron Shade series featuring the Chicago-based kickboxing private eye, has won several awards, as has his police procedural series featuring Frank Leal and Olivia Hart. He has written two novels with television star Richard Belzer and is writing The Executioner series under the name Don Pendleton. He also writes westerns under the name A.W. Hart (Gunslinger: Killer’s Choice and Gunslinger: Killer’s Brand) His current books are an Executioner novel (Cold Fury), the two aforementioned Gunslinger westerns, and Legends of the West under his own name. His novel Fatal Prescription won the Best Original Novel Scribe award in 2108. His hobbies include martial arts, weight lifting, and animal rescue. 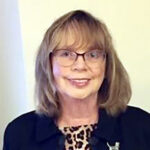 Barbara M. Hodges is the Chair of the PSWA Writing Competition. She is the author or co-author of sixteen books. She lives in Nipomo, CA. Barbara shares her life with her husband Jeff and two rescue basset hounds, Heidi and Monty. Barbara is very involved with basset hound rescue and you will find a rescued basset hound in all her fiction books.

Barbara also hosts a monthly show on Blog Talk Radio titled, Books and Entertainment Radio’s No Limits with Barbara M. Hodges. On No Limits she interviews people involved in the fields of writing. Her show airs live, the third Tuesday of each month. When she isn’t writing, hosting, being a wife or mothering her hounds, she enjoys creating jewelry, watching the Kansas City Chiefs and rooting for her favorite NACAR driver, Daniel Suarez. Barbara is the vice-president for her local chapter of Sisters In Crime. 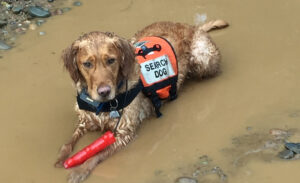 Robert D. (Bob) Calkins comes to the PSWA Treasurer position with experience managing the finances of his volunteer Search and Rescue group- which is also the foundation of his writing.

Bob has been a volunteer search and rescue dog handler for nearly 20 years, responding to everything from routine missing person cases to homicides to the horrific 2014 mudslide in Oso, Washington in which 43 people were killed. His current partner Ruger, an eight-year-old Golden Retriever, is certified for forensic-level human remains detection and works both active and cold homicide cases.